Target panic on the shooting range can be a real deal. When I heard of target panic in my first year of bow hunting I thought this could never happen to me, I had focus, and years of off-hand rifle shooting and hunting under my belt. Well, a few rough outings this pre-season, an arrow or two launched into the weeds, and confidence began to elude me with struggles of flinching hounding my heels. I began to doubt myself and the joy of shooting arrows escaped, being replaced by concerns of losing an arrow or bad groups. Now, I understand that this is common for every archer and may determine if a person will keep going or hang up the bow and go back to firearms deer hunting. I have never been one to go down without a fight for something I believe in… and I believe in archery!

So here is my solution to target panic.

Slow down the negative thinking, breathe, and get back to the basics of following your shot sequence.

For me this process included these four steps.

1) Draw – see the target and make a smooth draw back to my anchor points.

2) Sight – Acquire the target in the sight field. This applies to traditional or compound archery.

3) Relax – Make a conscious effort to relax your arms, hands, and settle into good posture while letting the bow float on the desired mark.

4) Release – Gently loose your arrow with whatever release method you are using. You should get to a point where you may seem surprised at the string release. Let it become instinctive, or sub-conscious, regardless of your weapon of choice.

The most important part of the equation for me is relaxing before the release. If you follow these simple steps, or something similar that suits you, and flush your mind of negativity, you will regain your confidence and re-discover the joy of archery.

Target panic can be overcome. Focus on your sequence, establish it, be consistent, and your groups and accuracy will improve.

The wait was over. It was my first outing of the two-thousand and eighteen Minnesota Archery Season. I took in a deep breath of the sweet afternoon autumn, mingled with lake-shore fragrance, and struck out for a greatly anticipated bow hunt. 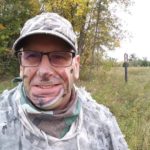 The hiking trail I planned to maneuver skirted the empty water access on Pine Lake. I had walked up on a doe here two weeks ago. Imagination was thick, like the meadow grass which interrupted the woodlands, remnants of long gone farm land hewn from wilderness, and gave contrast to the aspens, pines, and oaks that held promise of bow hunting adventure.

I crept into a steady north east wind, still-hunted as I went, and sat down on a log scouted out in pre-season. My view overlooked a gentle hillside. A large slough hid in thick cover at the bottom of the slope. After an hour, with the forest alive in the breeze, I decided to move as I thought deer would be reluctant to venture through the dancing foliage.

I retreated to the leeward side of the rise and hunkered down in a pine clearing littered with acorns from a massive oak tree. 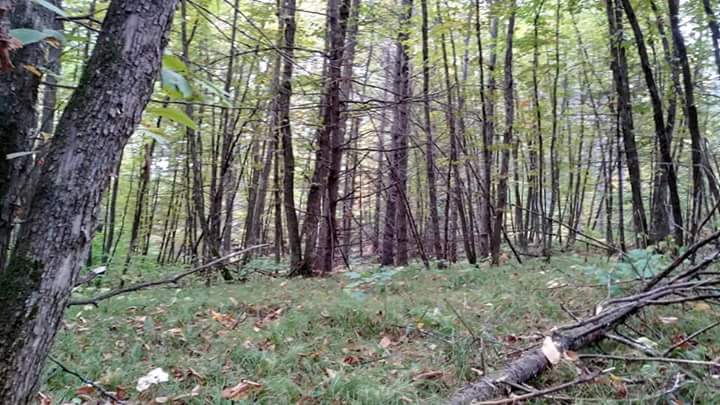 After a dreamy hour, a healthy yearling materialized into the opening. My heart began to pump. I was amazed at how an animal can move so effortlessly and just appear. The youngster walked under the aged oak and crunched acorns for the next ten minutes, just beyond a thin veil of brush, twenty yards from my ground position against a bordering pine. It’s head bobbed up every several seconds, checked for danger, and occasionally peered back to the direction it emerged from. I knew Mama was close.

I sat in wonder and hoped the mature animal would follow. The adolescent looked back one last time as the older doe winded me and sent the relaxed yearling bounding away with a series of quick blows. The game was over.

With a grin on my face I quickly relocated to another pine stand further down the path with the slim chance of ambushing a buck coming out to the acorns.

Mesmerized by the haunting wind, the last minutes of light slipped through the treetops.

It was a memorable first outing of the two thousand and eighteen season. 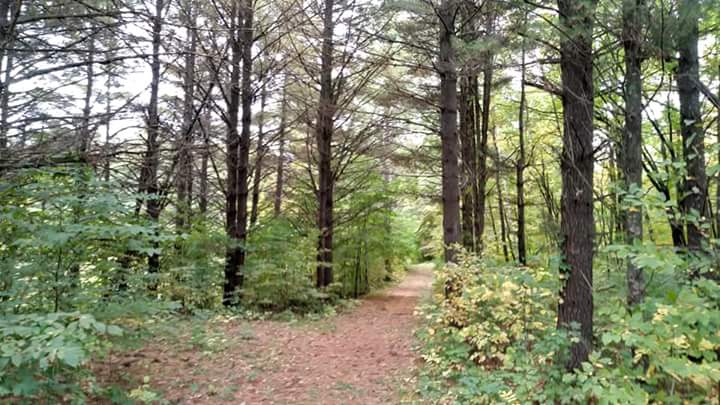 One of the qualities I admire most about shooting a bow is that it flush’s away all distractions and brings your focus into the task at hand. In today’s world of stress and responsibility, picking up a bow and sending arrows down range can be a satisfying way to relieve those anxieties.

There is a rhythm to the bow. Give and receive. Tension and release. Similar to Fly-fishing, a person can get lost in the artful dance.

For me, the hours of shooting culminates with drawing my bow on a big game animal. I sense that time slows, every fiber of my being joins together for one goal, the successful sending of my arrow to  find its mark.  I become totally engulfed in the cycle. I am a hunter.

If you strive for tournament excellence, work your craft to hunt, or simply enjoy flinging arrows on the back forty, the bow and arrow connection can be experienced by all.