A Bear, a Beaver, a Buck? This was how I thought the evening would play out.

I was driving to one of my hunting spots on the Tamarac Refuge when I witnessed a big old Black Bear sitting on his haunches and pulling down corn stalks for supper next to an empty county highway. Latter, while I walked to my ground hunting area, a Beaver scooted across the path and plunged into its run, splashed, and disappeared to the safety of a pond. I took these sightings as a sign I would close the evening with a set of three, and bag an early season buck!

The wind was right for an afternoon hunt. It was the same location I wrote about from an outing last year with a story titled, The Rattled Deer. On that hunt, I was busted trying to lure in a buck while hiding up against a downed tree, when I employed an old set of rattling antlers. I hoped for better luck this time around.

I was ecstatic, and filled with the wonder of being in the field again with my bow.

I left my vehicle on a maintenance access and set out on a ski trail that led to my destination. The area offered two big wood formations with a large field of wild grasses and Willow stands which served as a divide. Tamarac Lake hugged the far end. It was a mystical place. After a half mile of slow walking along the tree-line I slipped into a funnel that jutted off the field, found my ambush, and settled in. 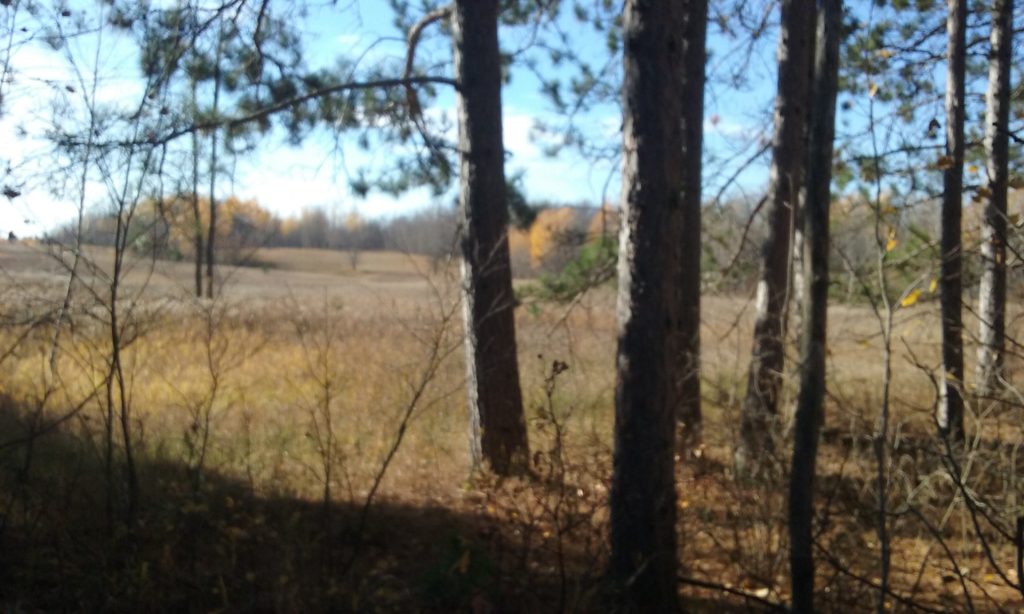 The day spent itself. I waited until the last glimmer of shooting light dissipated, gathered my gear, and hiked through the dusk laden field with a full heart. I was immersed in timelessness.

The trilogy did not materialize, but these images, and this complete joy, never become weary.

remains in the wilderness.

A part of the wilderness,