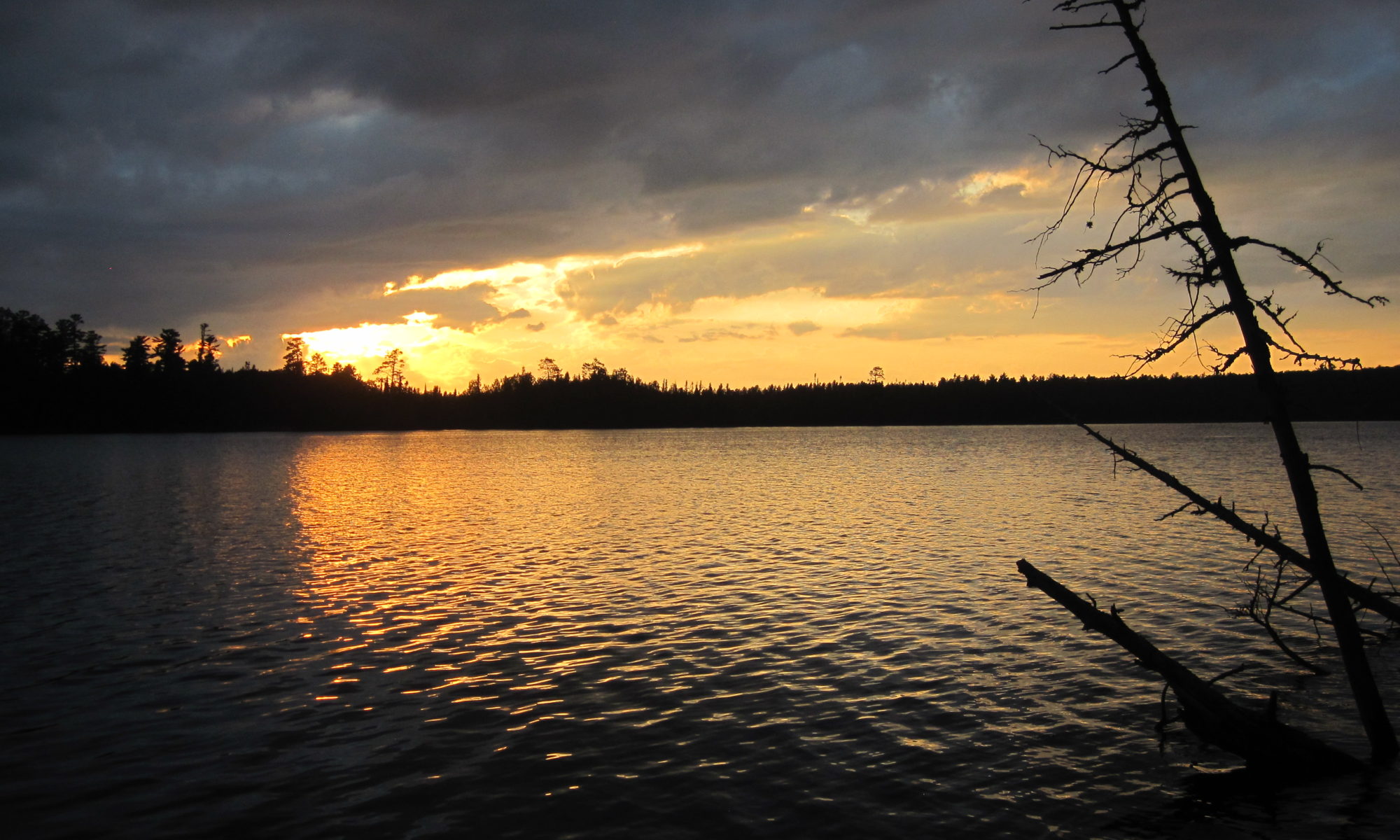 How do I tell a story that spans a lifetime and involves so many different people and experiences? I could start by describing my early years of deer hunting and the back-woods crew that took this young green-horn under their wings. Or my first attempt at shooting a bow. It was a total failure. I could tell you about my closest friends that helped move me towards archery. There is the story of  my ‘Super-Bowl’ of deer hunting, the ultimate still- hunt, which I could not have scripted any better with my buddies at our first Round lake Deer-Camp. The success of that hunt seriously turned my thinking toward taking my hunting to the next level. How about walking into a local pro-shop for the first time and being greeted by a very friendly staff that pulled a lefty off the self, gave me a few pointers, and let me sling some arrows for the first time. That felt so good! Buying my first old used Hoyt Raider bow might be a good starting point. Or the day a friend at church blessed me with an almost new Hoyt Ultra-Mag that he did not use anymore… I had to hold back the tears on that one! All these events certainly have a place in my archery journey, and are worthy of a short story all on their own. But I think I have to start telling my tale from the very first day I stepped into the deer-woods holding a bow. 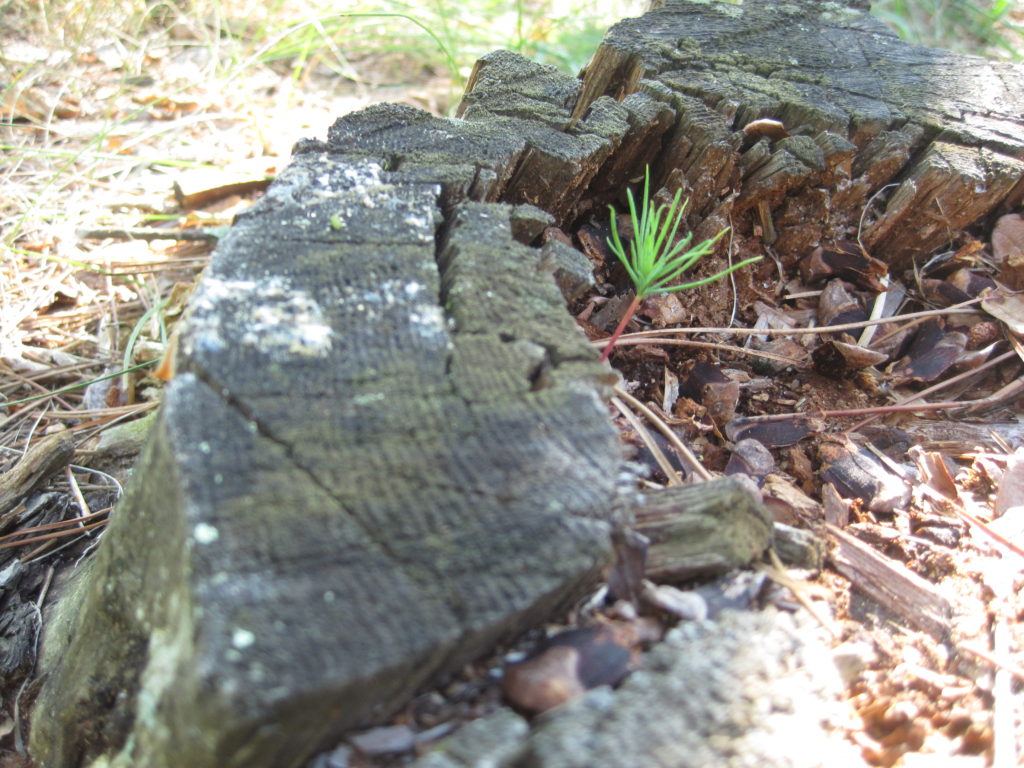 I set out with my buddy Matt for the Tamarac Refuge on the opening day of the 2017 Minnesota archery season. He was also a first time archer and our sleepless nights, dreaming of the bow hunt, where finally a reality! After pouring over Google Earth, we decided to hunt the Waboose Lake area. My very first plan was foiled. I had hoped to walk the edge of a clear-cut and set up along a ridge on the back-side after a quarter mile walk. The under-brush and new growth proved to be thicker then I anticipated, not having scouted it pre-season, so we made a quick call to back-track, and drove to the near-by Dry Lake trail. After a short walk we came to the west side of the clear-cut. Using logging trails, Matt and I were able to move into the cuttings with a fair amount of ease. The area offered a lot of running trails and deer beds for us to imagine early season bucks behind every brush-pile. After posting for awhile, we met up for a breakfast break about mid-morning. No animals had been spotted moving, but we were so excited to actually be out in the woods, it did not seem to matter. We were like two kids on Christmas morning! 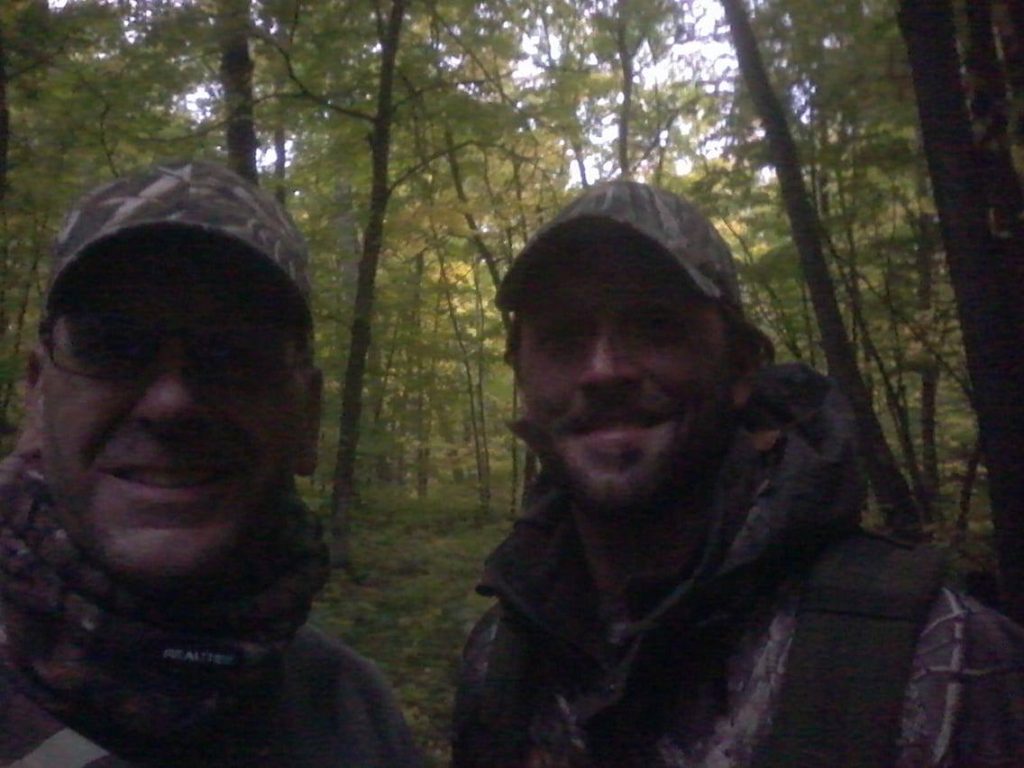 After kicking around Waboose Lake for awhile, we decided to head up to my hunting area at Round Lake and walk a trail for an afternoon sit. The late summer cover was stifling! It is such a different atmosphere then the open deer-woods of November. We felt like a deer could be ten yards away in the thick jungle-like foliage, and we would not even see it. Matt and I walked out to a point of land, defined by a big Beaver Dam I wanted to cross, we took a short lunch break when it proved to wet for a late summer crossing. We were just making it up as we went, and having the time of our lives!

It was time to get set up for the evening sit. We followed the narrow walking trail to another one of my favorite spots and stealed our way into an open Oak ridge. I had always noticed deer movement in this clearing. Matt settled into some good ground cover, I went on a ways until the terrain sloped down to a small creek and I found a place to watch the grassy bottom. I waited. It was quiet. The air was dense with no evidence of the changing season. Some flies discovered me and enjoyed dive bombing my motionless lack of defense. I heard the forest floor pop from time to time. Acorns! 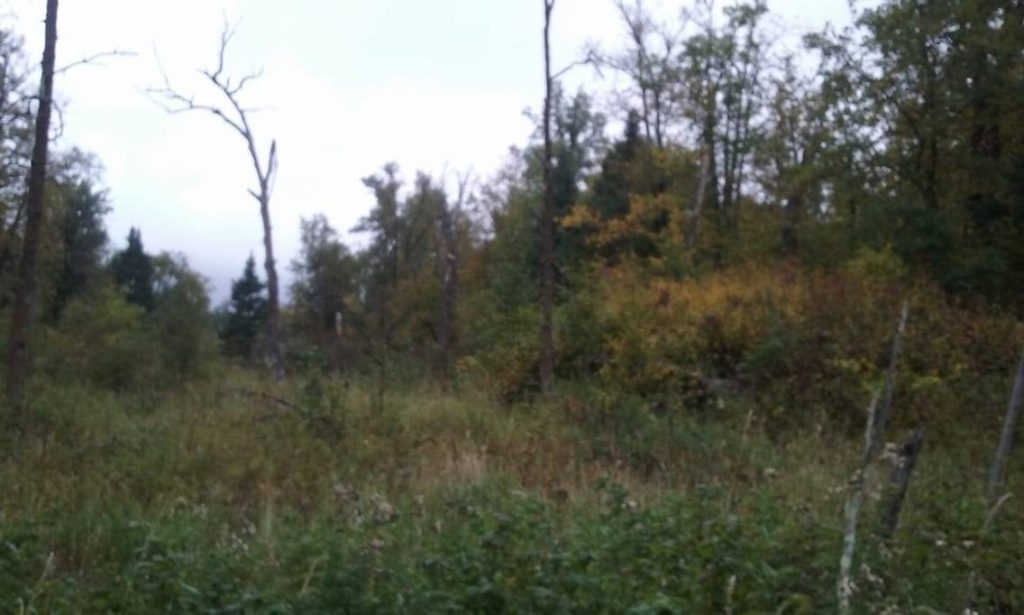 The exciting first day of archery turned itself over to long shadows and darkness. I made my way back towards Matt and would have walked right by him if he had not stopped me with a short whistle. He emerged from the woodland cover like Rambo, and we greeted each other with smiles that refused to disappear! As we walked back to the truck it was impossible to contain our enthusiasm. We both felt like we had been transported back in time.

Although neither one of us caught a glimpse of a Whitetail that day, it was a successful hunt, because we had been there. The pure joy and simplicity of being in the forest with a bow was contagious. This was a new day! It was the first of many adventures to come,  and we were hooked on bow-hunting!