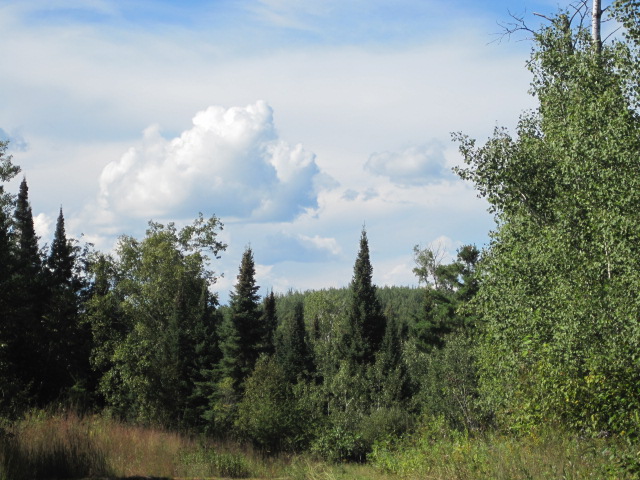 Over the last ten years of rifle hunting  the north-woods, I gravitated towards working from the ground. I would start my hunt from a favorite morning stand, but by 9:00, I’d have breakfast and hit the forest floor for a day of still-hunting, and set up in a natural ground blind for the afternoon ambush. Besides getting itchy feet, and not being able to sit all day, this approach offered many great hunting experiences, and presented opportunities to take my biggest bucks.

When I picked up a bow for my first archery hunt, I carried this same mentality with me, but I had to re-learn the art of still-hunting from the archers perspective. With my trusty old Remington 30-06 semi-auto, I would push the hunt, knowing I could find my mark with a well placed off-hand snap shot. There were times I would bump deer, and still get off a clean look from a fair distance. Of course there were times the brush was too thick, or a wise animal kept cover between us, but there were many times I was able to get off a kill shot too. I learned quickly that my hunting margins became much narrower with a bow. A great example of this came about on my second archery hunt. 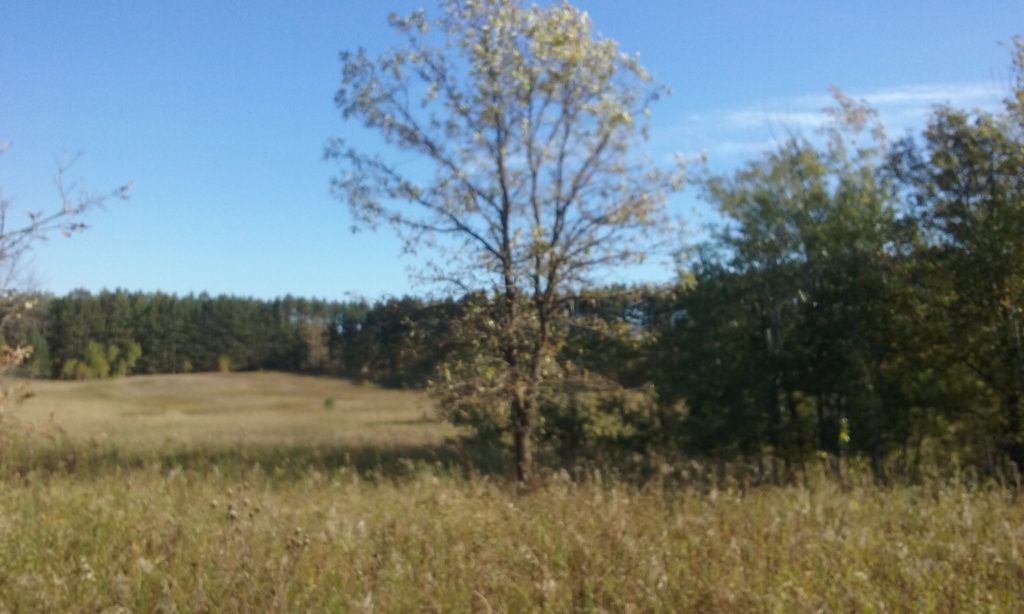 I was with my buddy Matt again. We started our day out with a beautiful, but un-eventful morning on East Pine Lake, over-looking a stretch of meadow grass in the Tamarac Refuge. From there, we drove down the Blackbird Trail, and hiked in to South Chippewa Lake from the North Country Trail access. It was an amazing little trek about a half mile to where we wanted to hunt. It was new territory for both of us. After crossing a spill-way constructed by the Conservation Corps way back in the day on the Ottertail River, the trail brought us to a stand of open hard woods. It was prime ground hunting county. The woods offered great visibility, with many ridges and small slough structures. Matt took the Ottertail River side, and I walked on a ways and made my way to the opposite side of the high-ground. 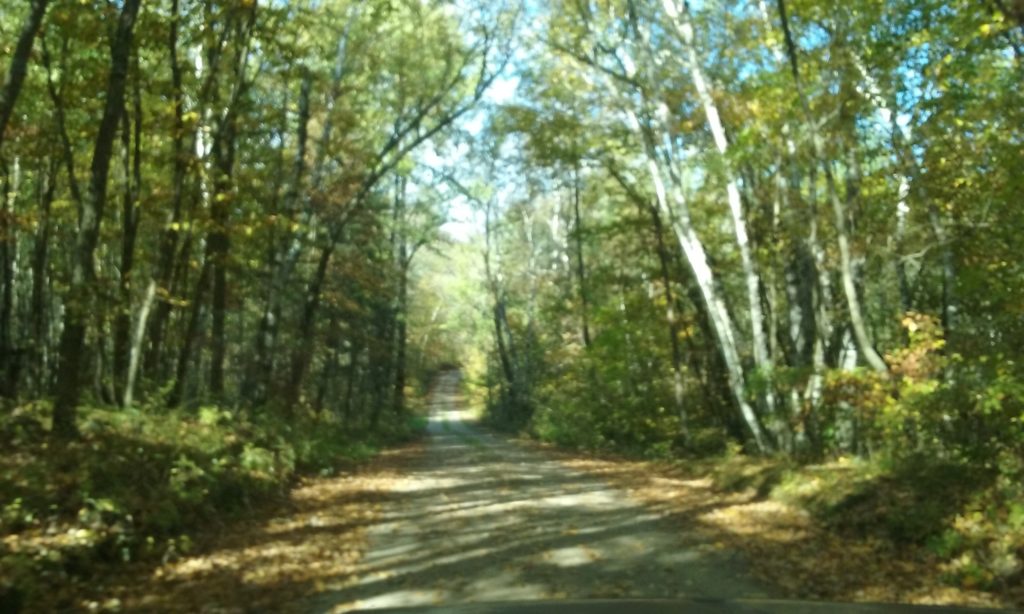 We had a good solid afternoon to work our way into spots for an afternoon sit, and planned to meet back on the trail at sun-down. I spent a couple hours still-hunting my way through the open woods. Stopping often, walking very slowly, until I came to the edge of the hard-woods and the terrain gave way to a long, low slough . A perfect area to set up on. I followed the transition for some time, until I came to a spot that offered a great view of the slough, a flat spot in the middle of the incline, and also a view of the hard woods. It was a fine spot. I had some decent cover, and could see quite a ways from my perch. I was set-up for the afternoon sit with plenty of time to watch the forest change to evening, and possibly have a chance at an unsuspecting deer… now for a little hunting tip! 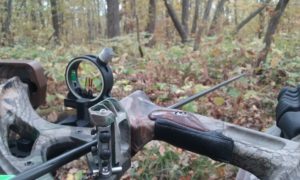 I had done everything right up untill that point. I had studied Google Earth to get a lay of the land, I hunted into the wind, had pulled off a nice quiet still-hunt, and found a good ambush for my evening post. How could I possibly screw this up? By still operating from my old gun hunting mentality! Remember I said I used to push my ground hunts, knowing that I could compensate with my trusty semi-auto and some quick shooting. Well, not so much with the bow.

I learned a good lesson on patience. After a good hour I became restless and  started thinking, maybe I should move back down the ridge towards where I had come into this little area. Man, there was some sweet spots a ways back, and it happened… I talked myself into getting up, and trying to sneak back down to some other areas that offered promise.

Mind you, I stayed in a still-hunting mode, but as I was sneaking back along the slough-line it happened. I took a step, and heard a deer bust out about thirty yards from me! I instantly knew the deer had been coming towards me, because it had not been bedded there when I had hunted my way through a couple hours before. Stupid! Stupid! Stupid! I just stood there, realizing I had basically busted a whole afternoon hunt. After several very long minutes, I meandered a few minutes until I found a spot to sit, plopped my sorry behind down, and watched the forest slowly grow dark.

If I had been rifle hunting, I may have been able to quickly get around the brush and get a shot at that deer, but then again maybe not. My big mistake was obviously getting up and moving, and I learned a vital lesson about ground-hunting with a bow that day. Once you put on a good still-hunt, and get into an area deer are not expecting you to be… Stay Put!